You know you’re an old married couple when the highlight of your week is cuddling under a throw in an old and colder than you ever thought possible brick house watching a movie.

Okay, a few details. I was cuddling with my dog and my husband was under his own throw. And we weren’t just watching a movie but a new DOG movie! And there was popcorn involved because in moderation really boring popcorn is okay for dogs.

The Netflix inspiring drama with just the right touch of humor is based an inspirational true story and it hits all the right notes.
You know the underdog sports movies that we all secretly love even though we know how they are going to end and they are just a little cheesy? Take that formula, take out some of the cheesiness, and you’ve got Rescued by Ruby, a true story of our favorite kind of dog. A rescue.
As always in an inspired by a true story movie, things have been changed a little and the first change is that Ruby doesn’t play herself in the movie. The real Ruby was an Australia Shepherd/Border Collie that had been returned to the shelter at about five months. She was just too much. Too much energy, too rambunctious, she wasn’t potty trained, she destroyed houses in nothing flat.
The animal trainers were asked to find a shelter dog to play Ruby, and they found Bear, Collie rescue and a second dog with named Shiloh, in Oklahoma They were inseparable, so both dogs were adopted. The trainers had six weeks to work with them before filming began, and Shiloh became a stunt double for Bear. His coat had to be dyed to match Bear’s.
So here’s the story. I’ll leave the big finish ending out of this review. But you’ll want some tissues just in case.
Ruby was adopted and returned to the shelter five times, mostly due to being unmanageable as the result of persistent behavioral problems. “Ruby was dynamite, a handful, nonstop,” says shelter volunteer and dog trainer Patricia ‘Pat’ Inman, who was determined to find a suitable home for the rambunctious Ruby. Inman told the AP, “She jumped and bit her leash. She wouldn’t sit or lie down. She just never stopped moving. She was special, and she needed a special person.” Pat Inman had to repeatedly intervene to prevent Ruby from being euthanized.
Rescued by Ruby is an engaging drama based on a true story about the first shelter dog to become a Rhode Island State Police K9 officer. The main human character, Daniel O’Neil, and shelter dog, Ruby, both have struggles that have made life challenging for them, but they learn how to channel their weaknesses into strengths.
Daniel is neurodivergent, with dyslexia and hyperactivity, and he learns to see those differences as strengths. Each K-9 dog that the Rhode Island unit has is a minimum $10,000 investment. Daniel has tried for years to get into the program but has always been rejected as unsuitable. This is his last try because the cut off is 30, but Matt Zarrella, a trooper who made it his mission to establish a K9 corps for the state police, said there was no budget for another dog.
Enter Ruby. Ruby is also hyperactive and in need of obedience training and purpose. The pair experiences setbacks in their journey, but they have family and community members supporting and cheering them on in their effort to make their dreams a reality. Together, they overcame numerous struggles and make history when they made a rescue so unimaginable, Ruby was named Search and Rescue Dog of the Year.
I’m not going to give away anymore plot details, but this is a must-see for anyone who has a rescue, wants a rescue, is nervous about adopting a rescue, or who had has a dog like Ruby. Shelter staff and volunteers will find themselves cheering for Ruby and identifying with the volunteer who never gave up on Ruby.
I loved this movie and am excited about the fact that it’s about a rescue fail who became a hero of the highest order all because one person believed in his dream and is dog. Along the way others began to believe and magic happened.
The first photo is Ruby and the second one is Bear who played Ruby in the movie. 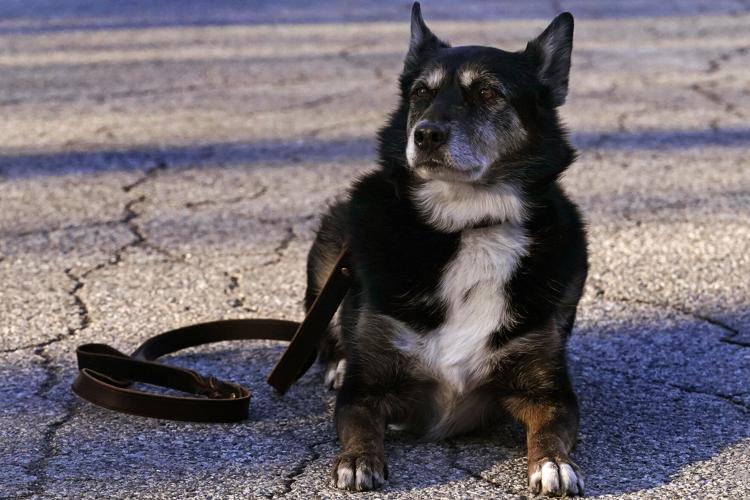 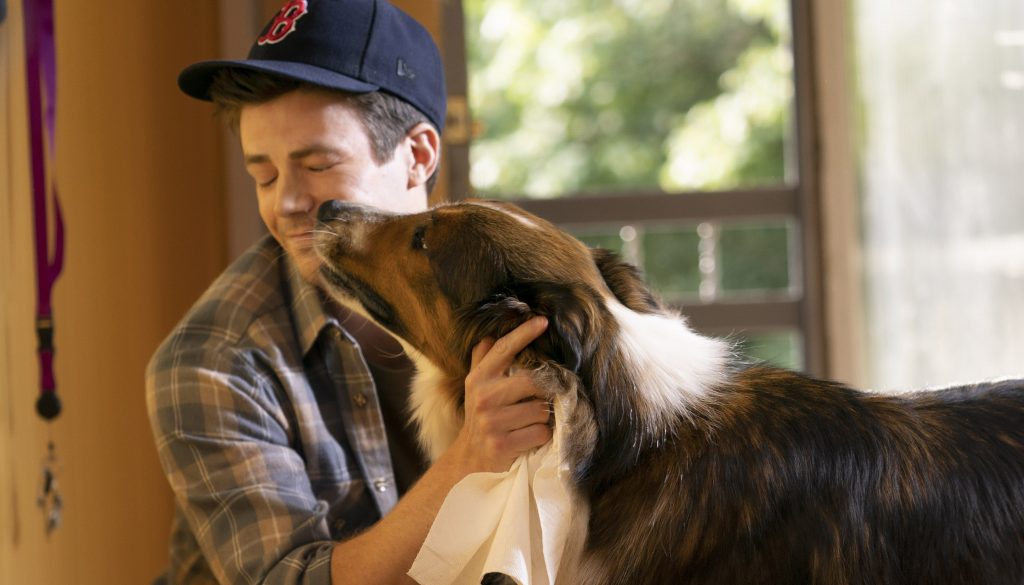