“Money can buy you a fine dog, but only love can make him wag his tail.”
– Kinky Friedman

The History of the Song

When I started volunteering for our independent dog rescue shortly after rescuing my dog from them I asked about freshening the website and logo. I played around with what seemed like dozens of combinations of words and came up with the new tagline; love is just a wag away. I really was a novice dog owner, but even I knew that dogs communicate with their tails and wagging tails are just one of the many ways dogs show love and contentment. It’s been the perfect tagline to build on and so when I asked my friend Steve Siler from Music for the Soul to consider writing a song for the rescue he saw the tagline and away he and Scott went. It’s a fun song and it will be included as a free download with every copy of I Chose You. Click on player underneath the picture of our mascot, Wags, at the bottom of the page to listen to the chorus of Love Is Just A Wag Away to see why we are so excited. The singer is Emmy-nominated song writer Scott Krippayne.

The Story Behind The Writing of the Song

“Writing the song Love is Just a Wag Away was simply two friends having a conversation about the things we love about dogs – and then making it rhyme!

When my friend Carmen Leal called to ask me about writing a song for the rescue where she adopted her dog, I knew right away who I wanted to have write it with me.

Scott Krippayne and I have been good friends for 28 years. Both songwriters, we’ve written well over 100 songs together. Not only did I know Scott to be a dog lover. I also knew that he had written the theme song for the popular children’s TV show Paw Patrol. I was sure he’d be eager for the opportunity to help support a dog rescue organization.

Scott and I got on a Zoom Call with no plan to write the song that day. We were just going to talk about what we thought it should feel like. We immediately agreed that wanted a positive approach. We thought the song should celebrate the joy that dogs bring into our lives and how they give love enthusiastically and unconditionally.

That’s when we hit on the idea of the dog singing to the potential owner in the first person. We started quoting lines to each other, even imitating the excited canine vocalist with our expressions and tone of voice.

Before we knew it the lyric was done.

It didn’t take long to find a happy melody that mirrored the tone of the words.

“I guess we’re writing it today,” Scott said smiling as we wrapped up our call.

I hope the fun we had writing it comes through. But most of all I hope it conveys what a magical difference a dog can make in the lives of those who adopt it. Love really is just a wag away.” — Steve Siler

Steve Siler is an award winning songwriter, video producer, and music producer. He is also a speaker, author, and founder and director of Music for the Soul. Through his work through Music for the Soul he has been called “The father of the healing Christian music movement. As a songwriter Siler has had over 500 of his songs recorded in the Christian, pop, & country markets. Nominated for multiple Dove Awards, Siler won Inspirational Song of the Year with I Will Follow Christ. Circle of Friends and Not Too Far From Here are the best known of his nine #1 Contemporary Christian songs and forty-five top ten singles. As a speaker Siler has appeared at the The National Center on Sexual Exploitation Summit, the National Right to Life Convention, and The American Association of Christian Counselors among many others. Siler is the author of two books; The Praise & Worship Devotional and Music for the Soul, Healing for the Heart: Lessons from a Life in Song. Scott Krippayne is an Emmy-nominated songwriter & producer based in the Seattle area. With 16 #1’s, 22 other Top 10 singles, and over 500 songs recorded, Scott has enjoyed a productive career with success in multiple genres. His songs have appeared on releases by Demi Lovato, Bebe Rexha, Jordin Sparks, Smash Mouth, Kool & The Gang, Kutless, and Joy Williams (of The Civil Wars) among others. In addition to having various songs used in films, Scott also penned the theme song for the Nick Jr. hit series Paw Patrol and has song placements on ABC, NBC, CBS, FOX, Netflix, MTV, VH1, Disney, and more. 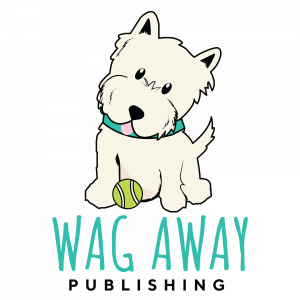